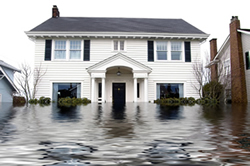 Your property or business in Bernardsville, NJ has suffered damages and you now have an important decision to make. Should you try to adjust the claim yourself or hire a professional to represent you?

This decision will have a tremendous impact on the property in question. For most policyholders, the complexities of properly preparing and presenting a property damage claim are unfamiliar and overwhelming. The emotional impact of a devastating property loss can leave you ill-prepared to handle a complicated claims adjustment procedure.

You'll be busy enough trying to get your life and business stabilized. But the burden of proof is on you. Your estimate of damages must be quickly and precisely prepared to insurance industry standards and specifications in order to maximize your claim.

You'll have to properly interpret confusing policy provisions, exclusions and requirements that must be complied with. Chances are you are not prepared to deal with all this. But we are.

We are dedicated to offering a higher level of service to a small clientele base by limiting the number of cases we accept. This is the secret to our success. Since day one, we have made customer satisfaction the highest priority. We are proud of our long tenure in the industry, and of the reputation we've earned among our clients and our peers. Few other Public Adjusting firms can say the same.

BE PREPARED... GET SUPERIOR REPRESENTATION FROM RICHARD GREEN & SON.

Risa Ryan —5 star Chris Greene did an amazing job handling my house fire claim. I can't imagine that the claim would have been settled fairly had he not been involved. He was thorough, professional and extremely engaged from the day he got involved. I highly recommend him!

You may have seen the recent piece on 60 Minutes entitled “The Storm After The Storm”. If not, click the link. Trust me, it’s worth taking 14 minutes to watch this.

Following the storm, insurance carriers representing FEMA hired professional engineers to inspect homes and validate damages. Or did they? It turns out that thousands of homeowners in New Jersey and New York have been victimized by a wide-scale fraud surrounding the alteration of engineering reports. The original engineering reports cited “structural damages” and explained that these damages were caused by the storm.

But those reports were systematically changed by the insurance companies to state “no structural damage” and blaming damages on “long term” problems that pre-dated Sandy. As a result, thousands of victims saw their claims fraudulently denied, or severely limited.

In some cases, the engineers hired by the insurance companies were given forms to fill out that concluded there were no structural damages before they even had an opportunity to draw their own conclusions.

One engineer in particular has come forward. Andrew Braum, working for a firm called HiRise Engineering, reports he inspected 180 homes for HiRise. He also claims that 175 of his engineering reports were altered. And the only ones that weren’t altered were the ones where Mr. Braum recommended that no repairs were required.

These are tactics policyholders are faced with when filing a legitimate claim. The first disaster can’t be avoided, but the second disaster can be, with professional representation. Here at Richard Green and Son we provide the highest quality claims service available.